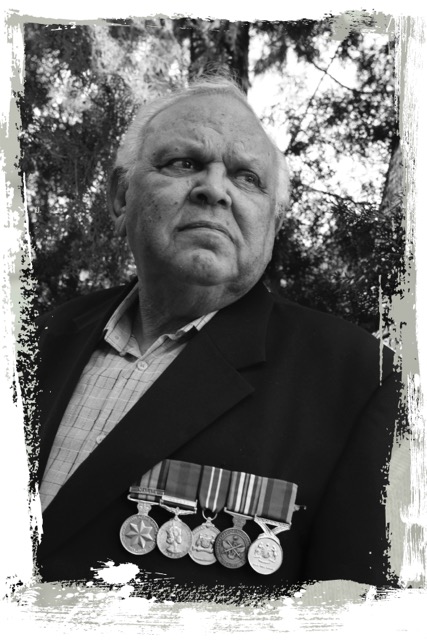 “In 1956 I entered the National Service in Wacol Queensland, where after someone got word that I was an E flat bass player (similar to a tuba), I was forced into the band.  I really had wanted to join the Transport Corps. A short while later I joined the Regular Army in Brisbane and like so many after me, undertook basic training in Kapooka before being assigned to 3RAR based in Holsworthy. In that battalion I was a rifleman. We completed an 8 week jungle warfare training course in Canungra before deploying to Malaya on a combat mission to subdue the Communist rise in that country and to protect the locals. My tour of two years there ended in 1959. It had been a busy two years without chopper support and walking long distances. We would spend up to three weeks at a time in the jungle after which time our gear would have rotted from the wet and we needed to replenish supplies. On returning home my battalion had been relocated to the Ennogera base in Queensland. I remained there until my discharge in 1962 during which time I was part of the Transport Corps. Truck driving then became my career, driving semi-trailers,  B-doubles and road trains interstate.”  – Alan Hamilton

“Following in the footsteps of my uncle, a Rat of Tobruk, was always something that I wanted to do……I  couldn’t wait to join the Army and the life that went with it.”