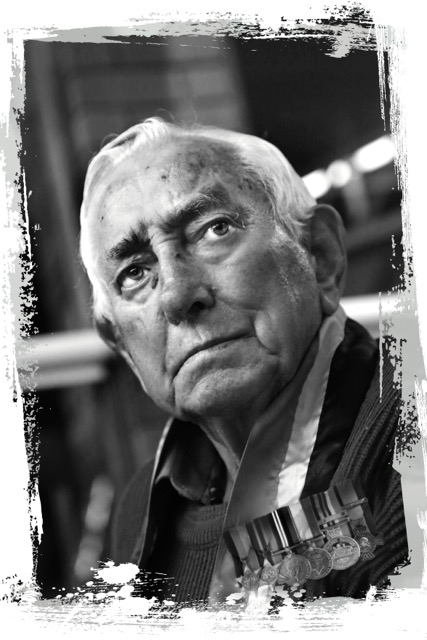 Service History:
· 3 months Basic Training at Greta Camp, NSW
· 3 months Signal School at Bonegilla Camp, Victoria
· Another 3 months at Greta Camp, NSW
· 6 weeks jungle warfare training at Canungra, Qld
· Posted to the 2/4th Field Regiment at Kairi on the Atherton Tablelands in far North Queensland in May 1944 for intensive training.
· 1st July 1945 participated in the most extensive amphibious landing ever undertaken by the Australian Army at Balikpapan on the east coast of Borneo and was heavily involved as an Artillery Observation Post Signaller for the 7 weeks of the Campaign and was still in action when the war finished on 14th August, 1945.

“I voluntarily enlisted in the A.I.F. when I was 18 years and 10 months old when I finished by apprenticeship as a Baker. I had put my age up to 16 when I was 14 to be able to get an apprenticeship and could not enlist in the Army till my apprenticeship of 4 years had finished. My father was an Army man who served in the Boer War of 1899-1901 in South Africa and served in the First World War in France for 3 years where he was gassed. My older brother was in the Army fighting the Japanese in New Guinea when I enlisted and as both my father and brother were both in the Artillery; it was their influence that I also served in the Artillery. Also, I played in the first ever 3rd grade team for Manly in 1947!”

“In the Army I made many friends and the real meaning of mateship was established for me.”