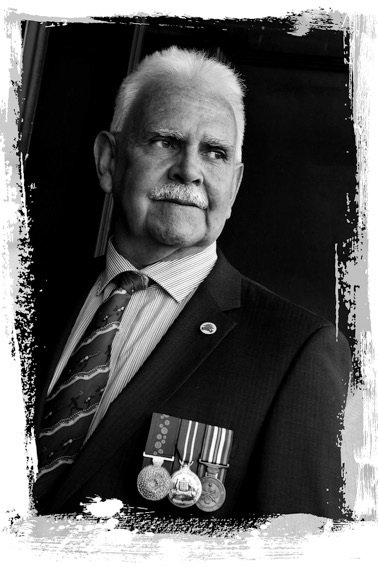 ‘My Recruit Training was done at Puckapunyal and my Corps Training at Healesville.  Post Corps Training as a Medic I was posted to 2 Field Ambulance at Puckapunyal but Semi Detached to Central Medical Records at Albert Parks Barracks in Melbourne, Victoria.  Initially I was accommodated at Watsonia Army Barracks and travelled to Albert Park Barracks for Duty but eventually moved out into Private Accommodation where I remained until my period of Service was coming to an end and I sought a Posting back to Adelaide at Keswick Army Barracks to sign off on my National Service.

Generally I enjoyed Amy life and I think that was mainly because I didn’t see any Active Service in Vietnam.  Army provided a number of firsts for me such as; my first flight in aeroplane, my first trip Interstate, my first taste of Service.

Overall I thoroughly enjoyed my time in the Army because I enjoyed the Training, being in Uniform, meeting some terrific lads form other parts of our wonderful country, their mate-ship, the lifestyle, the Sport, the places I travelled and believe it or not the Discipline.’