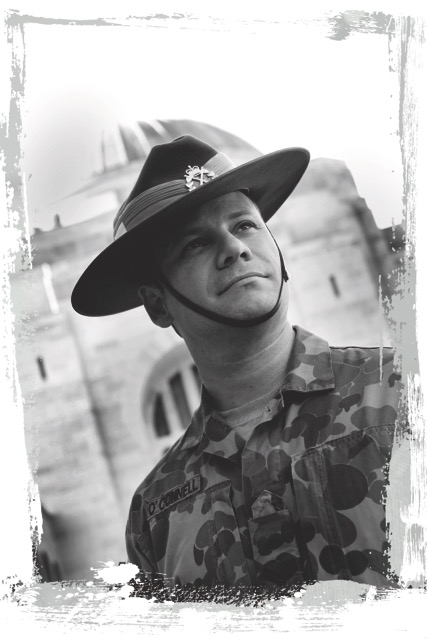 Garth was born in inner city Sydney, raised ad educated in Redfern, Moree and South-West Sydney. In 1995, Garth joined the Royal Australian infantry, becoming the 4th successive generation of family to serve in the army. Whilst in the infantry, Garth specialised as a Direct Fire Support Weapons Team Leader. Garth deployed on Peacekeeping operations to the Solomon Islands, the Sydney 2000 Summer Olympic Security Team and to Malaysia and Singapore. Garth is a Curator at the Army History Unit at the Royal Military College Duntroon.

In 1999, his childhood dream came true. Garth completed a Bachelor of Applied Science in Cultural Heritage Management and is now working full time at the Australian War Memorial as a Curator with the Military Heraldry and Technology section. Garth is tremendously proud of his cross-cultural family roots in County Tipperary and the Gamilaraay people of North Western NSW. Garth’s research interests are diverse including the service history of Indigenous Australian in the ADF, the Guadalcanal Campaign of 1942 – 43 and the Vancouver Canucks ice hockey team. He is also the National Secretary of the Aboriginal and Torres Strait Islander Veterans and Services Association.

‘I believe that the century old spirit of ANZAC is a modern manifestation of the traditional First Nations spirit of protecting country: a spirit, tradition, and sense of duty which has existed for millennia. Our service in the Australian Defence Force has seen the continuity of this probably, the worlds longest cultural tradition of serving country’