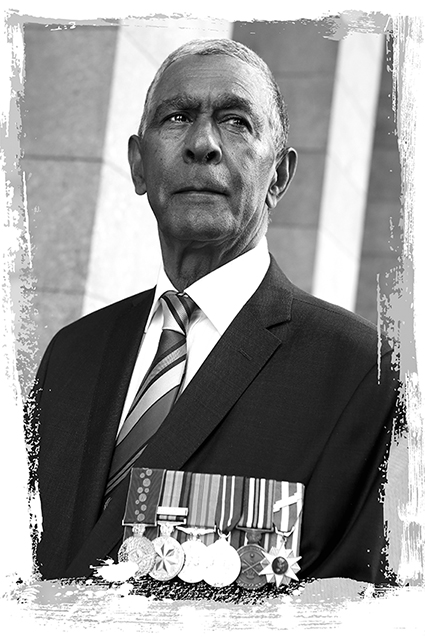 Glen James OAM was conscripted to serve in Vietnam when he was 20 years old after receiving three letters from the conscription office. The first notice demanded the service of Glen James while the second rejected him on the grounds that he was Aboriginal, and the third confirming that his service was needed. He joined up in June 1968 at Puckapunyal, and later served from May 1969 to late April 1970 in Vietnam as a Sapper, in the Army Unit 17th Construction.

Glenn is also a former Australian rules football umpire in the Victorian Football League. James umpired the 1982 and 1984 VFL Grand Finals and is recognised as the only Indigenous Australian to umpire VFL or AFL football. He currently commentates AFL for the National Indigenous Radio Service and is a panelist on the Marngrook Footy Show on NIRS.