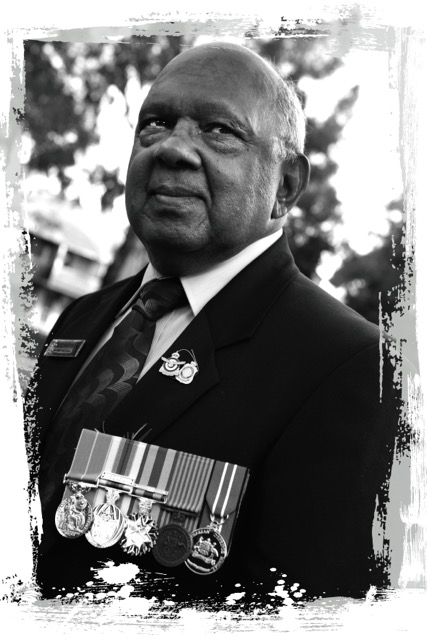 Harry was born and grew up in the Charters Towers/Townsville area, and still has close ties to the area, because he has family still living residing in the area. He is a descendant of the Gudjala Tribal group.

After working for the Post Master General’s Department (PMG), Harry was inspired to join the military by his Uncles who had served in the services during WW1 and WW2 and also an Aunt who served in the Women’s Land Army. Because Harry felt he needed to improve his opportunities in life, he enlisted in the Royal Australian Air Force in 1966 at Townsville North Queensland. After serving for 23 ½ years at a number of units throughout Australia, the USA, and Malaysia, Harry applied for a discharge in 1989. He completed the final years of his service at units within the Sydney area.

After applying for discharge, Harry worked in the Defence Industry for 11 years, before joining the Commonwealth Public Service. Harry was employed in the Public Service for eight years, involved with Indigenous programs and issues. Before retiring in 2010, he was employed by the Dept. of Families Housing and Community Services and Indigenous Affairs in the Sydney Indigenous Coordination Centre.

“Honouring the service contribution of Aboriginal and Torres Strait Islander servicemen and servicewomen to the nation is a vital part of the reconciliation process and will create newer and richer understanding about Australian identity and history.”