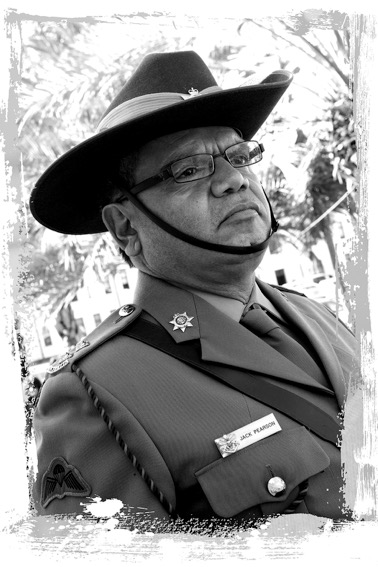 “I joined the 49 Royal Queensland Regiment on 17 August 1987 as a Craftsman (as I hold a Certificate 111 as a diesel and Heavy Earth Moving Equipment Fitter) Following the completion of Officer Cadet Training in Lavarack Barracks in Townville, I received a Queen’s Commission in 1993. Since 1987, I have served in a variety of role with units in QLD, NSW, ACT and SA. I am now on standby Reserve and currently applying to re join the Army in Aboriginal and Torres Strait Islander Engagement.”

‘The highlights in my military career to date include starting as a Craftsman in RAEME, Officer Training and jumping out of a perfectly safe aircraft at HMAS Albatross at Nowra NSW, when serving with 4 RAR in the late 1990’s. I think the greatest highlight is meeting and working as a team member with so many people from a variety of cultures and life experiences. Even though we are diverse, we are in one family.’