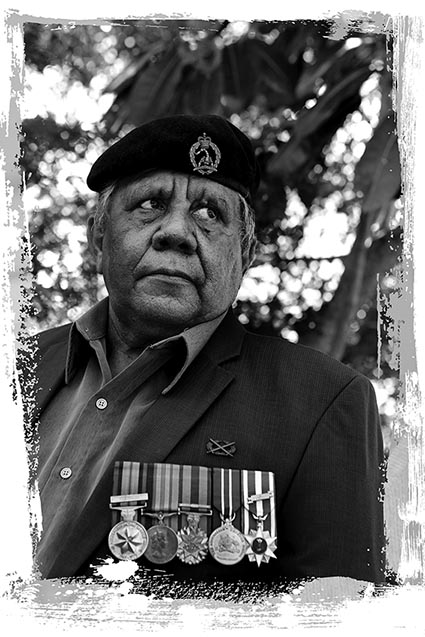 James Canuto enlisted into the Army on 24 September 1968. James served for 21 years in the Royal Australian Armoured Corp. During his career James completed two tours of Vietnam, from 27 August 1969 to 10 September 1970 and from 9 June 1971 to 9 March 1972. After Vietnam James had postings in Townsville, Puckapunyal, Canungra, Darwin and Sydney. James discharged from the Army in 1989 with the rank of Warrant Officer Class Two. James is one of the founding members of Yarrabah RSL Club. The first Aboriginal and Torres Strait Islander RSL Club.

“Serving country was more of a personal issue of finding ones way in life, by seeking adventure, the theory if the world was really round (won’t fall off if passed Cairns), and to fulfil a childhood dream with the next door neighbour mate to join the Army – PS he joined too. When we let Yarrabah to join the army because we were classed as assisted Aborigines. And we lived on a reserve; we had to get a permit to actually leave Yarrabah”