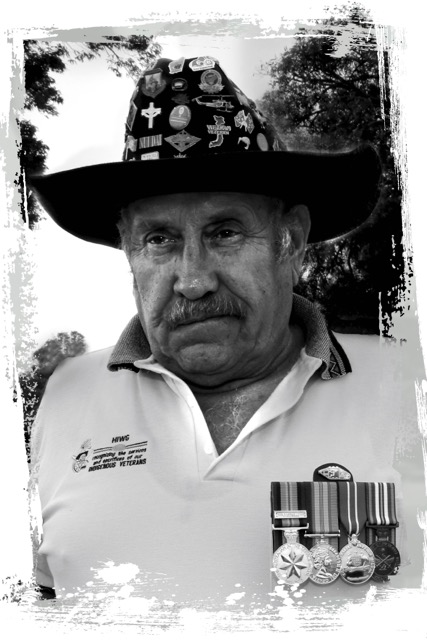 John Schnaars is an Indigenous Vietnam Veteran who has always believed in paying respect to all indigenous defence service men and women who have served Australia in times of conflict. As a result of this vision, he established Honouring Indigenous War Graves Inc. in June 2005. This non-profit organisation operates around the primary objective of “honouring the service and sacrifices of our indigenous veterans” here in Western Australia.Over a short period of time (2005-2010) he, along with his many supporters, has enabled the acknowledgement of over 100 indigenous veterans throughout the state. H.I.W.G. Inc. has touched the hearts of many families, communities, ex- and current defence personnel and many others through his ability to “make it happen”.

John’s perseverance and strength of character has resulted in the placement of many headstones throughout Western Australia for those indigenous veterans who otherwise would not have been recognised, along with a ceremony of recognition and acknowledgement for the families of these veterans. This alone has provided a long overdue opportunity for family and friends to openly share their love and pride for their passed loved ones efforts. He has often been asked what drives him and keeps him motivated when it comes to Honouring Indigenous War Graves Inc. His response is as follows:
Lest We Forget

“I have to try to right a small wrong from many years ago that happened to these veterans. I believe it was the veterans who went away to war then, who had no rights in this country to vote or anything, and that it was those men and women, the few women that went away, that changed the course of history on the way Australia felt towards Aborigines. In my view, they were the people who led the change of history in Australia, towards Aboriginals being able to vote and have rights. It’s for that reason, I think, that we owe them a lot…”