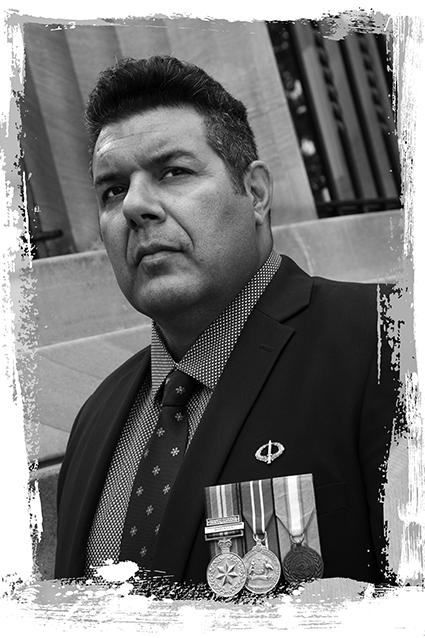 Lincoln Carson joined the Australian Army on 9 January 1990 and did his recruit training at Wagga Wagga Kapooka and Infantry school at Singleton. In July 1990 he was posted to 1RAR. Lincoln was deployed on Operation Solace in Somalia in January 1993 with Delta Company 12 Platoon as a machine Gunner. This deployment was an experience which shaped his career and life more than he had expected. He completed Assault Pioneer Course in 1994, Direct Fire Weapons Course in 1995. In 1996 he participated in an exchange with Marines in Hawaii. Also in !996, Lincoln completed Subject 2 Infantry Corporals Course. Lincoln was discharged in 1997, but no for long, he re-enlisted in 200 and was deployed to East Timor with 1 RAR. He was then discharged in 2003.