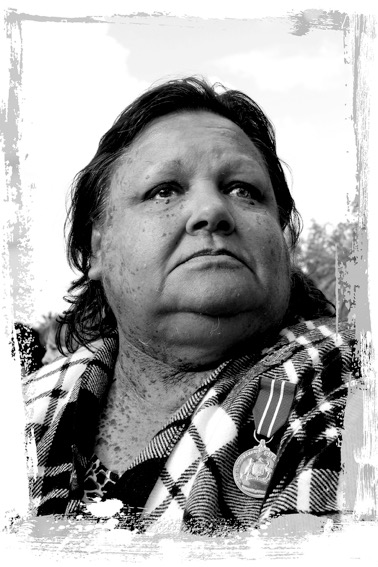 Marjorie Tripp was 17 when she signed up for the Women’s Royal Australian Naval Service and became its first Aboriginal member. Marj started her naval career in 1963, four years before she was even considered a citizen in her own land. It would be half a century before Marj saw Aboriginal and Torres Strait Islander servicemen receive the recognition they deserved. Marj has remained committed to ensuring she and her fellow Aboriginal servicemen and women were appropriately recognised at home. It took seven years of lobbying and fundraising as Chair of the Aboriginal and Torres Strait Islander War Memorial Committee before a permanent memorial to honour the tens of thousands of Aboriginal and Torres Strait Islander Australians who served for our country was finally unveiled. For her work towards the recognition of the first Australians in the armed forces, and her promotion of improved aged care and health outcomes among the Aboriginal and Torres Strait Islander community, she was last month awarded an Officer in the Order of Australia in the Queen’s Birthday Honours. Marj has worked at state and national levels for the past 30 years to ensure elders receive appropriate aged care and are involved in planning and policy. Throughout the 1980s she chaired the SA branch of the National Aborigines and Islanders Day Observance Committee (NAIDOC) and was involved in setting up the Tandanya National Cultural Institute in Adelaide.

Marj was the longtime chairwoman of the Aboriginal Ex-Service Members and Dependants Project, an RSL-funded initiative set up to connect Aboriginal ex-service men and women and their families with the Department of Veterans Affairs support system.

Marjorie Tripp, a much-respected Ramindjeri elder, was born in Meningie on 16 January 1946. Marjorie was left in the hospital after birth, and was taken in by her mother’s sister, Bubbles Sumner who, along with her partner, Ephraim Tripp, raised Marj in Victor Harbor. In 1963, at the age of 17, Marjorie became the first Aboriginal member of the Women’s Royal Australian Naval Service. This was at a time in our history when Aboriginal people were not recognised as Australian citizens.

Marjorie believed her time in the Navy helped shape her into an advocate for Aboriginal rights and equality, and she fought for the recognition of Indigenous servicemen and women. She was based at Western Port Bay, Victoria, as a support crew member for HMAS Cerberus; and at Nowra, New South Wales for HMAS Albatross. She left the Navy in 1965–at this stage, women would not be allowed to serve onboard ships for another 20 years.

Marjorie went on to study social work, building a career in the Aboriginal Affairs Department. A mother of five children 17 grandchildren and 5 great grandchildren, she worked in Aboriginal health for more than 40 years, fighting for Aboriginal people in the areas of housing, social welfare and aged care.

In 1999, she was the Ambassador for the International Year of the Older Persons, and in 2001, she received the Centenary Medal, the South Australian Premier’s NAIDOC award for her service to the Aboriginal community. Following her work as Chair of the Aboriginal and Torres Strait Island War Memorial Committee, which successfully lobbied for a memorial to honour the tens of thousands of Indigenous people who served Australia in the armed forces, she was awarded an Officer in the Order of Australia in 2014. In 2015, she was particularly proud and emotional when she was nominated by her grandson, Nathan Kropinyeri, to receive the Gladys Elphick Award and perpetual trophy which recognises the contribution of an Aboriginal woman to her country and community, as Gladys Elphick was one of her admired mentors.

Throughout the 1980’s Marjorie Chaired the SA branch of the National Aborigines and Islanders Day Observance Committee (NAIDOC) and was involved in setting up the Tandanya National Cultural Institute in Adelaide.

Her grandson, Nathan Kropinyeri, says that Marjorie ‘moved back to her home town of Victor Harbor in 2001 taking with her a handful of her grannies, sharing her upbringing and stories with them.’

Marjorie passed away on 16 May 2016 aged 70 years. The then Aboriginal Affairs Minister, Kyam Maher, said on her passing:

Marjorie Tripp AO demonstrated great bravery in her many remarkable achievements, and in her dedicated service to all Australians. She will long be remembered as a highly respected Ramindjeri Elder, an Aboriginal community leader, a distinguished Australian servicewoman, and a friend to many South Australians.[‘Adelaide Now’, 26 May 2016]

From Down Beside the Sea: Victor Harbor Stories by Deb and Ron Kandelaars, Wakefield Press, 2019

“Loved it, my life is better because of it”