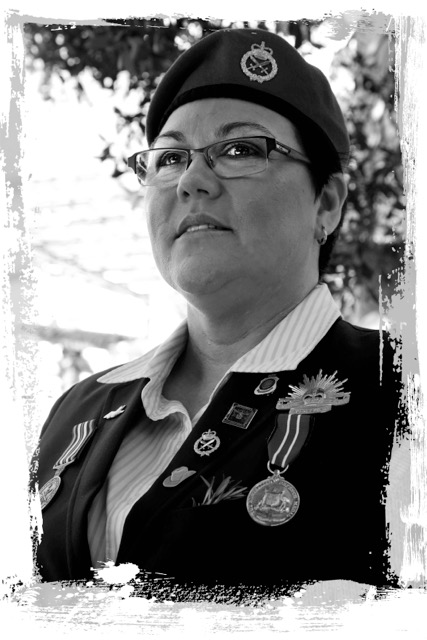 From age 15, Natalie felt strongly about joining the army. At age 15, she didn’t know her late Yindjibarndi father, E A (Teddy) Houghton, had been accidentally killed in an army exercise in 1969, not long after he was conscripted. She learned of her father’s military service and decades later when she was reconnected with her Yindjibarndi family, she felt the call to serve even more strongly, proudly joining at age 31. Military service runs deep in both parent’s families. Natalie wears her deceased father’s National Serviceman’s Medal with immense pride.