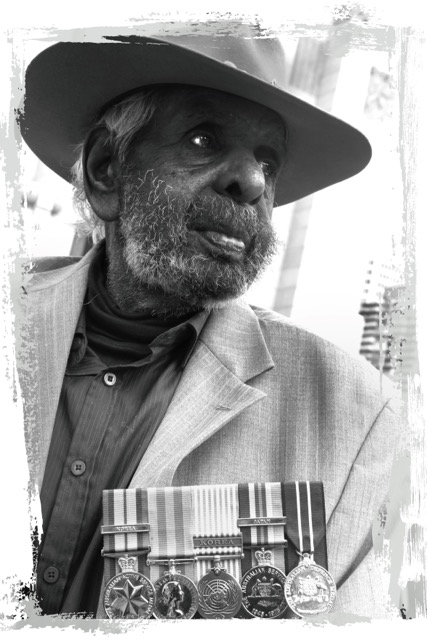 Stephen Mullawalla Dodd is an Arrente man from Central Australia. As a young man, he worked as a stockhand on cattle stations as a horsebreaker. Steve was also a rodeo rider who appeared at rodeos at many states and was a member of the Rough Riders’ Association for many years. He sang and played guitar – mainly country and western as well as folk music. As he always loved acting, it was natural for him to respond to casting calls for Aboriginal actors. He first appeared in ‘The Overlanders’ (1946) produced by Ealing Studios. Chips Rafferty noticed him on the set and this opened the door to a small part. More roles were offered; Steve appeared in such films as ‘Bitter Springs (1950) and went to Britain and the US with Ealing Studios.

Steve then put his acting career on hold, signing up for active service in the Korean War. After returning from active duty, he resumed his acting career and appeared in several films. The films explored issues facing Aboriginal and Torres Strait Islanders such as land rights and race relations. These appearances included a supporting role in ‘The Chant of Jimmie Blacksmith’ (1978). He secured a lead role in ‘Ground Zero’ (1987) – a thriller based on claims that Aboriginal and Torres Strait Islanders were used as human guinea pigs in the British nuclear tests at Maralinga during the 1980s.

By 1985, Steve had acted in 55 movies or television features. The Deadly Awards departed from tradition in 2013 when they presented Steve with his Lifetime Achievement Award. Generally, the award is not presented to someone who was not primarily a musician. However, the organisers described him as “an actor that created a pathway for others across the entire arts and music sectors to follow, at a time when typecasting stereotypes and discrimination was the ‘norm’ in Australia’s arts industry”.

He not only served, he serves as an example of a trailblazer recognized in an industry in which it is notoriously difficult to succeed.

“I was the first Aboriginal to sign up from South Australia and go to Korea. That’s a long, long time ago – I’m 86 now. Being in the Army was one of the best times of my life. I made lifelong friends and got to travel the world.”