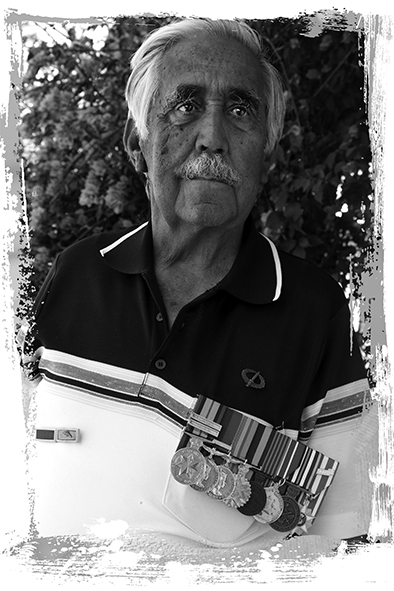 Malaya:
I served for 12 months in Malaya from October 1956 to October 1957 with the 2nd Battalion Royal Australian Regiment

Vietnam:
from October 1966 to October 1967 with the Australian Army Training Team Vietnam (AATTV) in various locations throughout Vietnam firstly with the ‘Winning Hearts and Minds Team’ based in Hoa Long and then Duc Thanh before being transferred to the United States 5th Special Forces Group (Airborne), 1st Special Forces Airborne based in Nah Trang and operating out towards the Lao and Cambodian border.

Return to Australia:
After a couple of years back in Australia I transferred to the Australian Army Aviation Corps I served in a number of positions including Squadron Sergeant Major (SSM) and having completed an Air Traffic Controller course was appointed Operations Warrant Officer in 1st Aviation Regiment based at Oakey on the Darling Downs in Queensland. It was during this time that I was required to learn to fly a Kiowa helicopter ‘straight and level’ and land during the day and at night. I was not required to take off as it was explained that one would not normally take off without a pilot but we may be required to return to base and land without the pilot. This was a great experience as was my experience in every unit in which I served.

“ I am grateful to have had the opportunity to have served my country.”