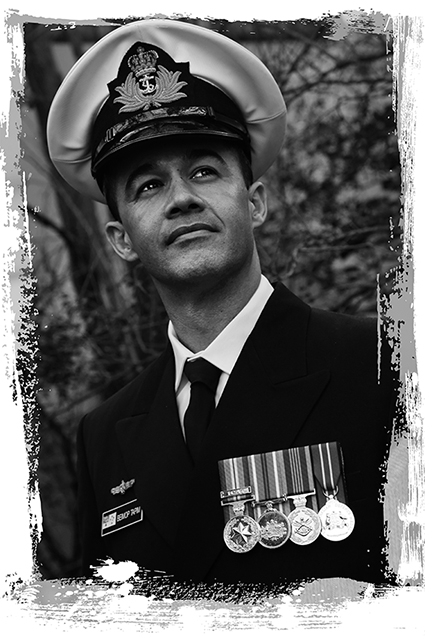 Lieutenant Medical Officer Beimop Justin Tapim enlisted into the Royal Australian Navy as a Medic in 1995. He served on HMA Ships: Hobart, Gascoyne, Stuart and Darwin, however, served on many other vessels as part of operational duties. Operational service included; Relex, Resolute, Slipper, Manitou and Landscape. In 2009, he obtained a Medical Degree from the University of Newcastle and is currently working as a GP in North Queensland.

”It’s been an honour and privilege to follow my parent’s military footsteps into an evolving Defence Force committed to national security and career development.”