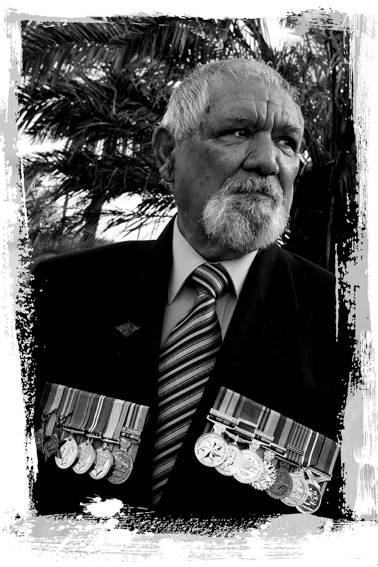 “When I first enlisted I was given a 5 digit South Australian lD number, but this was later changed to a 4 digit Northern Territory Number. (l’m a Territory boy). Basic training at Kapooka, hen corp training at lngleburn-, then onto Enogara 3RAR, jungle training at Conungra prior to departure to Malaya. I served in Malaya and Borneo in the Sarawak region near Serrikin. . I was also stationed at the army cam at Terendak, Malacca. R & R was sometimes at the Traders Hotel in Geoge Town, Penang also Singapore, KL and Port Dickson. The battalion on return settled back in Australia at Woodside. I spent time at the lnfantry Centre at lngleburn, then was posted to 43 RSAR at West Croydon 5A, 4 Training Group at Hampstead and then posted to the clothing store at Keswick. We were next posted to Central Clothing Store at St Kilda VIC then a posting back to SA to AUR before another move back to lngleburn. We then returned to SA and a posting at Keswick where I was discharged after 25 years Service. I married whilst at lngleburn (after returning from overseas) and lived in rented accommodation in Campbelltown NSW, before moving into army quarters at lngleburn near the training facility. The family moved with me or soon after when I was posted. Two children were born in Liverpool NSW and completed schooling in SA, Vic and NSW. I served in a similar location in Borneo to where my father had served previously and one day was air lifted out for a special ANZAC service held at Labuan where bodies of prisoners from Sandakan Prisoner of War Camp/Marches are buried.”  – Clive Lewis Dubios 2014

‘My father and other relatives had served and decided I wished to do the same. I proudly wear both my own and my father’s medals on ANZAC day.’