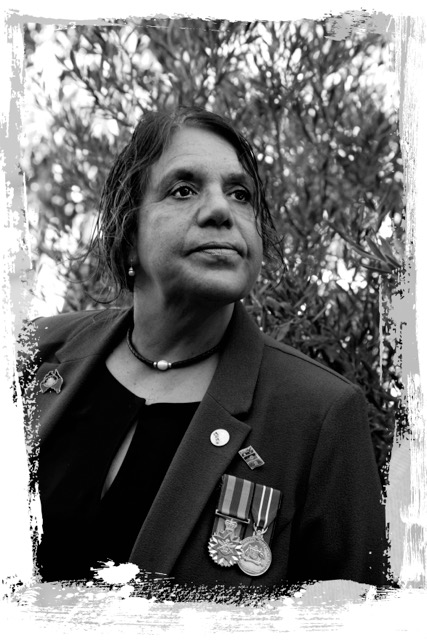 A lifetime of community service by Di Ryder has been recognised with the 2017 National NAIDOC Lifetime Achievement Award.A Noongar woman from Perth, Di joined the Australian Army after finishing high school, spending twenty one years in the armed forces, with her dedication to duty recognised in 1990 when she was awarded the Army Australia Day Achievement Medallion.Following her retirement from the Army, Di turned her attention to helping her fellow people, working as a Community Outreach worker in Redfern in inner city Sydney, before returning to Perth to become the full-time carer for her grandmother Mary.Di began working as an Outreach and Community Liaison Coordinator with the Perth and Hills Division of General Practice, the Telethon Speech and Hearing Ear Bus Programme and Derbarl Yerrigan Health Service until her retirement in 2011. This however is only part of Di’s work in the community, who is also the President of the Aboriginal and Torres Strait Islander Services and Veterans Association (ATSIVSA) of Western Australia, MC of the Indigenous Veterans’ Commemoration Service held at the State War Memorial each year during Reconciliation Week, and multiple roles with the Swan Alliance Community.Di is quick to acknowledge the role of others in her NAIDOC Award success.“I feel honoured and humbled but this award is not just about me,” Di said.“The support and guidance I have received from my family, my mum Josephine, who passed away in 2006, and my dad William, has taught me that with hard work, and mutual respect you can achieve whatever you set your mind to.The local Midland community has played an important part in how much I have achieved, and have assisted me in so many ways to those most in need.” Through her role with ATSIVSA, Di is heavily involved in working to ensure Indigenous veterans receive the proper support and recognition they deserve.

‘I aim to look after the welfare of veterans and their families so we can improve their lives. I have heard how poorly treated Indigenous World War II veterans were, so I wanted to help vets and their families as much as possible, especially as many are not getting the pensions or other support they are entitled to. If each and every one of us can contribute to the community, we can make the most of our opportunities and come together, not just as Aboriginal people, but as a whole community, as part of the reconciliation process.’