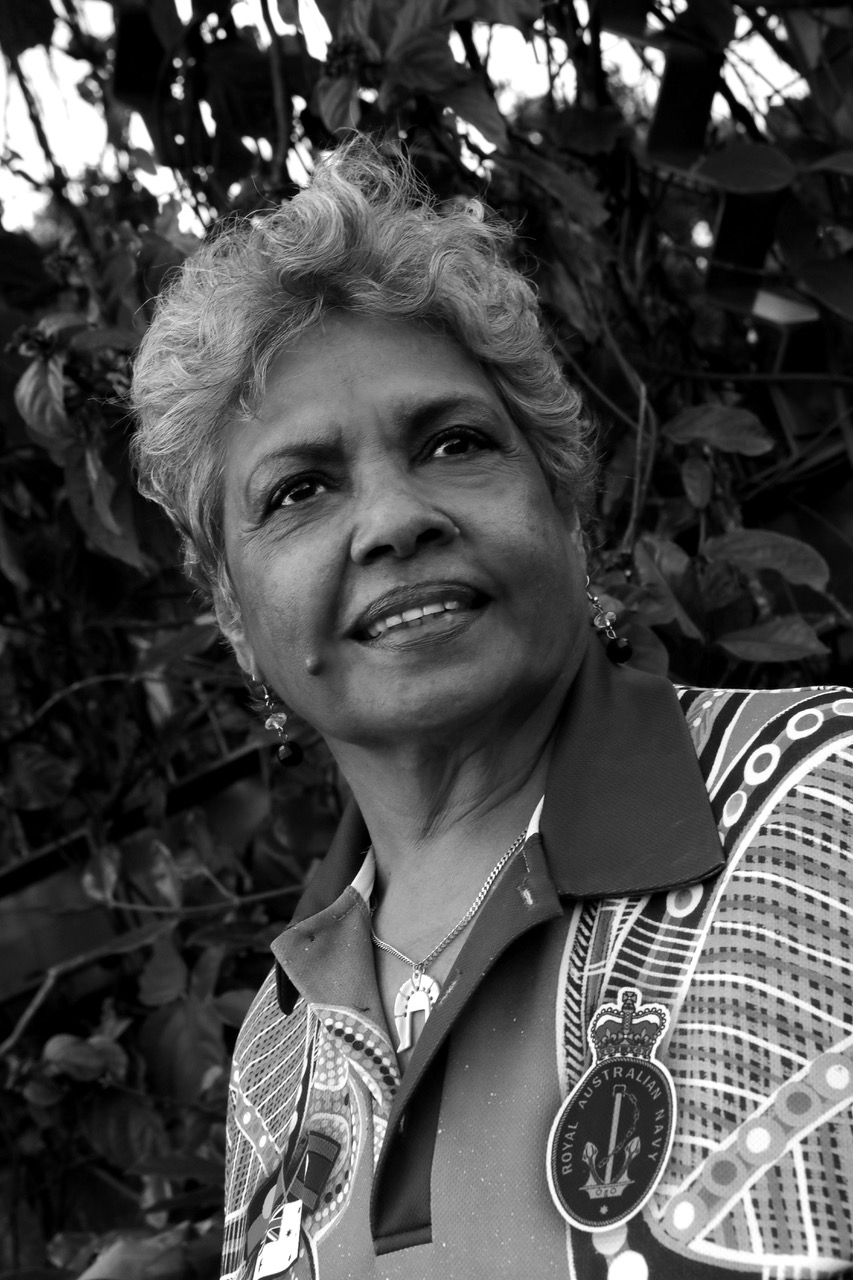 ‘Joining the WRANS was one of the best decisions I ever made as it gave me the opportunity to experience life in the wider Australian Community—in essence opening my eyes to the world. The confidence and motivation I gained from my service led me to pursue other things in life, most notably a Bachelor of Education at university followed by almost 25 years as an educator (23 of these as a Primary School Teacher with Education Queensland). Serving my Country as an Indigenous Australian is something that I’m still extremely proud of today.

After completing Year 10 at the Thursday Island State High School in 1969, I was fortunate enough to get a job at the local hospital as a Nurse’s Aide which meant that I didn’t have to leave home to find a job. One day in March 1970 whilst walking to work I saw that the Australian Defence Force Recruitment Team was set up in the Town Hall so I decided to take the opportunity to go in and have a chat with them.  After having a chat with the Navy Recruitment Team, I sat the Entrance Test and passed.  I always knew I would join the WRANS one day as I was inspired by a local girl on the island who had joined a few years earlier. I just loved seeing her in uniform when she came home on leave. She had a very positive influence on me and was an excellent role model; inspiring me to follow my dreams to join the Navy and become a Wran.

On my 17th birthday, the 2nd October 1970, I received a telegram informing me that I was accepted into the WRANS and would be in the November intake as a Recruit Wran Steward.  I was very excited and could hardly wait for November to come so I could at last fulfill my dreams. I left Thursday Island on the 5th November to catch a flight to Brisbane. I was sworn in on 6th November along with my good friend Pamela Tapim (Bowie). I spent the first 3 months at HMAS Cerberus in training which involved learning how to march, how to fight fires and how to adapt to military life among other things, but most importantly to be an Officers Steward. After I completed my training as an Officers Steward, I continued to work at the HMAS Cerberus wardroom until August 1971 before being posted to HMAS Harman where I continued working until July 1972. My next posting was to HMAS Albatross which was the Naval Air Base. This posting was a real eye opener for me! Planes and helicopters flew over the base 24/7. I continued to be in awe of it all until I left the service in December 1972. My final year of service was a very busy and exciting time for me as I also represented the Navy in both Inter Service Basketball and Softball. This involved traveling to different Army, Navy and Air force bases to participate in the games but all of our training paid off as the Navy won every sport they competed in against the Army and Airforce.

I am proud to say that I have acquired a new role in the Navy at HMAS Cairns working on the Aunty and Uncle Program which involves supporting and mentoring Indigenous Recruits that join through the Navy Indigenous Development Program. I am passionate about making a difference in the lives of our young people and look forward to inspiring, leading, supporting and guiding our next generation of Indigenous Australian service personnel.’