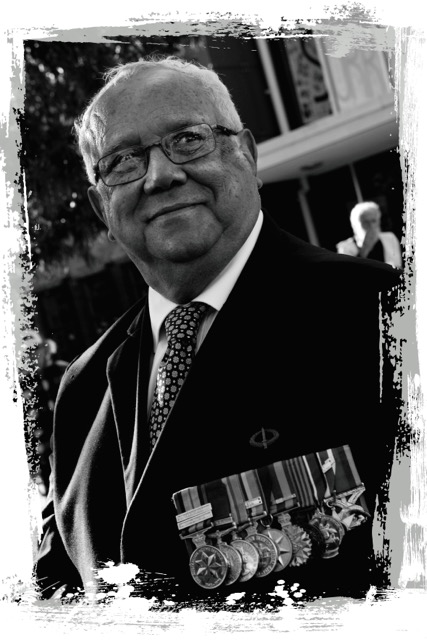 George was born in Grafton in the Northern Rivers region of NSW. At an early age, his family moved to Brisbane where he completed his primary education. He left school at the age of 13. George worked as a labourer, knocking about in both Brisbane and Sydney and getting into trouble. At the age of 20, he was told that he had two choices: join the army, or join his friends in prison. He chose the former, joining as an infantryman with the Royal Australian Regiment (RAR) in 1961.

George saw active service with the Fourth Battalion (4th RAR) in both Borneo and in South Vietnam. He had various postings after returning from Vietnam. In 1981, after 20 years service and with the rank of Staff Sergeant, he was discharged.

In 1992, he was awarded an Australia Council grant and thus the play Seems Like Yesterday – which he originally wrote to record his experiences for his grand children – underwent significant development and was subsequently produced by Kooemba Jdarra. In 2003, George was awarded the Centenary Medal for his work in community with Aboriginal and Torres Strait Islander veterans. In 2014 as part of the Sydney Festival, he was cast in the Queensland Theatre production “Black Diggers” play directed by Wesley Enoch and performed at the Sydney Opera House.

In the armed forces, in art and in life, he serves.

“While I was serving the country in Borneo and South Vietnam, the Aboriginal people back home were fighting for my citizenship.”