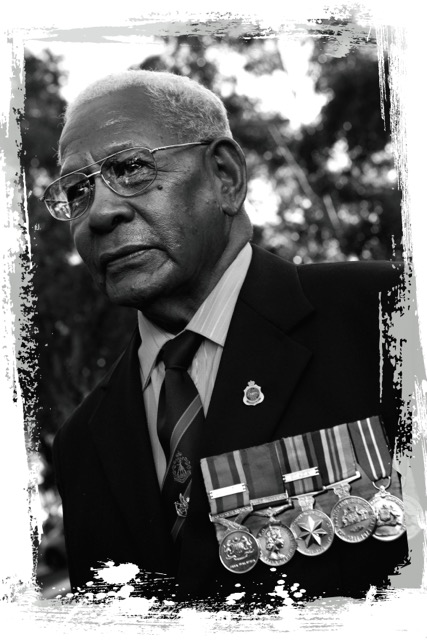 Mial Bingarape saw action in Borneo during the Malaysian-Indonesian Confrontation. As Section Commander of Platoon 1 of the 3rd Battalion, the Royal Australian Regiment (3 RAR) , Corporal Bingarape carried out a two-year-long tour of duty in Malaysia from July 1963 as part of the 28th Commonwealth Brigade. The battalion’s first experience of the Malaysian-Indonesian Confrontation occurred in October 1964 when some of its members cooperated with New Zealand infantry in rounding up a force of 50 Indonesian troops that had landed in southern Malaya. In March 1965 3 RAR arrived in Borneo and relieved a Ghurkha unit at Bau in western Sarawak. The battalion remained in the area for four months, during which time it carried out patrolling and ambush operations on both sides of the border with Indonesia. Australian soldiers in Borneo found that the tactic of using small four-man patrols worked well in the rugged and densely wooded terrain.

“Security … is of the utmost importance and it is based … on a small patrol being able to conceal itself, move without leaving obvious tracks and remain completely silent. To be predictable and regular in habits is tantamount to asking the enemy to ‘shoot you up’. In this theatre, regular habits … produce only dead soldiers.’- D.M. HORNER, SAS, PHANTOMS OF THE JUNGLE.”