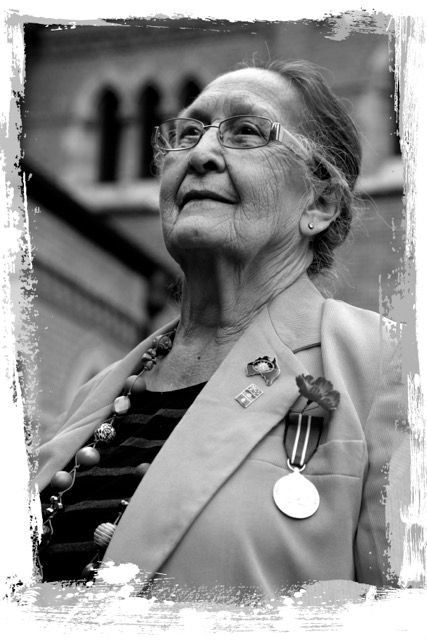 Medal of the Order of Australia
Australian Defence Service Medal

Wongi is my Mob, mainly desert people .originally from Leonora (before the area was name) WA only has a short history, of European settlers, in Approx 1834/5 my Caucasian male ancestors travelled into the outback Looking for land suitable for breeding cattle, he produced a child ,on a return visit he found the child and mother and brought them back to the family home and looked after the child ,the child’s grandmother and mother looked after the child, who was educated ,baptised into the Anglican Faith ,the Aboriginal family lived in a mud hut on the property for the rest of their life, the child became a respected member of the family , married and raised a family ,to protect other family members ,who are not ready to accept their Aboriginal Heritage yet publicly that is, can I ask you not to disclose my maiden name. My Grandfather and Father taught us about our Aboriginal Heritage as children and into adulthood, My children have a good understanding of their ancestry.Since this photo was taken, I have been honoured with the award of AOM, for my volunteer work with, mainly Australian Special Air Service Association in West Australia. I interest was for the care and support of Widows who were not eligible to be War Widows, who had no DVA support and relied entirely on Centre Link , even though their Husbands had served Australia for more than thirty years but had never served in a hazardous area, but of course lived the life of constant interruption to Children’s schooling and making new friends.,sports clubs etc. When my husband died at age 50yrs, in 1991, I had a fairly difficult time with form filling, as at that time DVA Staff were not as helpful nor were they trained to Assist Widows and the many facets of the new life of a woman with children would have to face. Fortunately I was a Nurse and had always worked so with the help of my Nursing friends I was able to renter the work force and life went on. But this disaster in my life, loosing my husband, caused me to think about how will other women cope so hence my relationship with my late husbands association ,It helped as I had served in the RAANC At Campbell Barracks and new many of the members . Today, I still serve as a Welfare Member of the Association, and on other Welfare Boards within West Australia.’ – Shirly Mooney OAM

Shirly started nursing school at the age of 16 and joined the Army a couple of years later to finish her training at Campbell Barracks in Western Australia.  “I always wanted to join the Army… my father was in the military, my life was the military”. Shirly was automatically discharged from service when she married her husband, in 1958, who was a serving member of the Special Air Service Regiment.  Shirly’s support for fellow widows and families of Australian Defence Force veterans over three decades has earned her one of the nation’s highest honours, the Medal of the Order of Australia in 2017.  Shirly has been and continues to be involved with many military-related support services, including as a welfare officer for the Australian Special Air Services Association since 1993, the Defence Force Welfare Association’s Defence Widows Group convenor since 1999, and is a former president of the Royal Australian Nursing Corp Association.

“I enjoyed the discipline and friendship in military life and nursing”