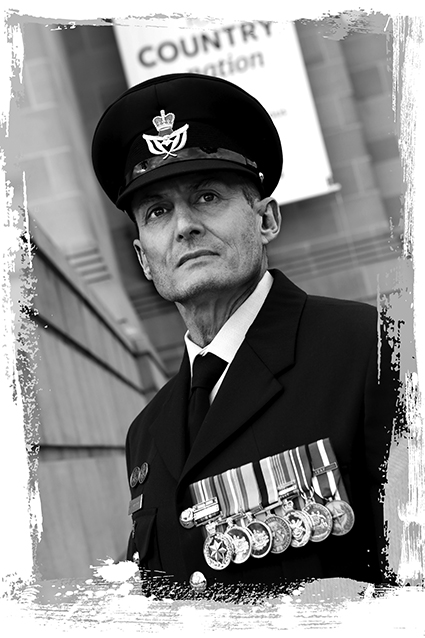 “I joined the Royal Australian Air Force (RAAF) on Nov 04 1987 and was recruited onto number 66/87 recruit course. I have fond memories of my recruit course and loved the bush phase and physical training aspect of the course. I finished at the top of my recruit course and received the recruit with the most outstanding qualities award. I then went onto RAAF Base Wagga to complete my initial trade training. Each trade group is called a mustering and my initial mustering was a supplier, in this trade we were responsible for all logistics in the RAAF from poo paper to weapons and explosives and everything in between.

Although I enjoyed this role I felt a strong pull toward the physicality of the physical training we did at recruits so in 2006 I decided to changed trades to become a Physical Training Instructor (PTI). This is one of the hardest trades to get into in the RAAF, it involved over a year of training followed by a weeklong selection course that is designed to get the very best out of you and to show case not only your physical prowess but your leadership and ability to command and control large numbers of people. Upon my successful transfer to PTI I was posted to various locations around Australia such as Wagga, Tindal in the NT and Amberley in QLD. Being a PTI is much more than just taking a PT session to get people fit, we are responsible to instruct on military self-defence (a type of hand to hand combat), develop our troops resilience and keeping them fit to fight.
I have deployed three times to date (twice to the Middle East and once to Manus Island in PNG) and at the time of writing this I am one month out from deploying to the Middle East for the third time. I have found my deployment experiences both rewarding and challenging with each of them bringing something completely different. My first deployment to the Middle East was in 2006 for Operation Catalyst and Slipper in support the International Campaign Against Terrorism for me this was a significant time as I had been in the Military for just on 16 years and I finally got the chance to deploy! The most significant thing I think I found from my first deployment was the harsh environment. The desert heat would reach temperatures of over 50 degrees and the humidity would be so thick it hung over the Forward Operating Base (FOB) like a heavy fog. During this deployment my main role was to support the aircraft and personnel that were assigned to the mission.

This deployment was rather benign in terms of action but none the less at every opportunity I stepped up and did everything in my power to do the best job I possibly could. At the completion of my tour I was awarded a Commendation for my leadership from the deputy Joint Operations Command, this may not mean much to people reading this book but is for me a significant achievement. Another proud event was the moment when I was awarded the Australian National flag that flew over the FOB during the time of our tour, this was awarded to me by the people of the deployment for making a significant difference to their life in the camp.

My second deployment to the Middle East was to Head Quarters (HQ) International Security Assistance Force (ISAF) in Kabul Afghanistan. HQ was the strategic centre for the war in Afghanistan and housed all the Generals that were in charge of the how and when of what happened. This for me was significantly different to my first tour. In the camp were people from almost 40 different nations, including contractors, foreign militaries and civilians. During this tour the relative safety of the blast walls and hardened accommodation would be tested by the Taliban. I was responsible for similar duties in my first tour but in addition due to heightened threat every member also become a combatant I was also assigned the additional responsibility of bunker commander. This responsibility for me came to a reality on the 13 and 14 of September 2011.

Over the period of the 8-12 Sep 2011 which was the 10 year anniversary of the attack of the twin towers in the U.S the threat streams were indicating a heightened level of enemy activity and we expected something to happen over this period. As each day that passed with nothing eventuating the level of anticipation that something was going to happen subsided. That was until the 13 Sep at 1330 several key targets in Kabul including HQ ISAF were attacked by a complex and well organised insurgent attack.

The alarm system sounded indicating to members to evacuate their work areas to designated bunkers around the camp. I received Military members from most nations (49 different nations) from around HQ ISAF, Camp Eggers the American Embassy, civilian contractors and VIP visitors to HQ ISAF. This proved to be challenging in terms of communicating to members under my control. The attack lasted for over 24 hours and during this period I was in command of up to 400 personnel. This forced me to draw upon my 24 years of experience and training which allowed me to make informed and timely decisions. Several times during that period I believed that I would not be coming home or see my children again.

In Sep 2011 I was awarded a commanders coin from General Allen United States Marine Corps who was the Commander of ISAF (the number one General in Afghanistan). It was in awarded for my command and control during this period of enemy activity. Additionally at the end of my tour in Dec 2011 I was awarded an Australian Forces Commander Commendation for my leadership during the attack. I am extremely proud of my actions whilst in-charge of people that put their lives in my hands, but this tour and exposure to enemy activity has also left me with the unpleasantness that many other soldiers, sailors and airmen experience post war.

In 2012 I deployed to Manus Island in support of the Australian Governments new off shore processing of illegal immigrants. Our role was to re-build the detention centre at Manus. This proved to be a very difficult mission as the conditions were oppressive. We were eating from ration packs for extended periods as we had no messing facilities. The buildings had not been occupied for about 7 years and we had to literally chop down the jungle from around the buildings. The heat and rain were relentless and the work was all done by hand I had never worked so hard in such conditions.
My fourth deployment WAS ONCE AGAIN TO THE Middle East Area of Operations where I was the Sir Operations Liaison Officer. This role was very much different from my other deployments and gave me a greater appreciation of the Air Power the Air Force produces. All in all one thing is for sure I have thoroughly enjoyed my service and I feel even at a small level I am making a difference. I love the country I enjoyed growing up in and the world has changed significantly, I feel indigenous members of the ADF have made a significant contribution and I am still hopeful of a country that my grandchildren may enjoy the freedom to do this safely as much as I did.” – Stephen Weaver 2016