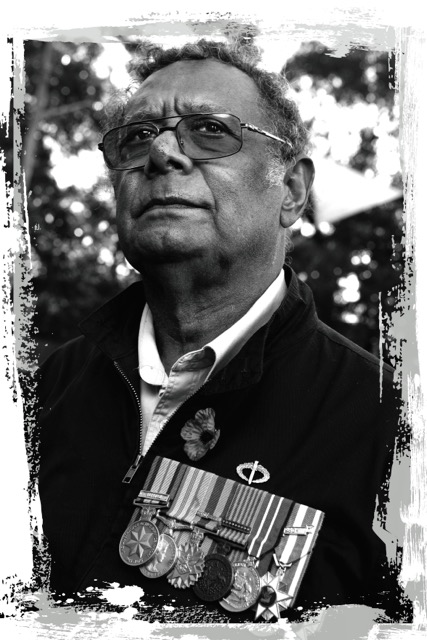 Sonny Minniecon, is a proud Kabi Kabi and Gurang Gurang man who also has strong connections to South Sea Islander people and the people of Ambrym Island. In 1967, Sonny enlisted in the Royal Australian Regiment and completed four tours of Vietnam. Sonny had two grandfathers who served in World War I in the 11th Light Horse Brigade: Private Jim Lingwoodock and John Geary. His brother Philip also served in the Australian Defence Force.

Sonny’s brother – Pastor Ray Minniecon – started The Redfern Coloured Diggers March. The march has occurred each Anzac Day since 2007. Ray was motivated to do this by the lack of recognition given to Aboriginal and Torres Strait Islander war veterans, and continues in his determined efforts to have the situation redressed.

“Some of our diggers returned to find that while they had been away fighting for their country, their wives had been denied access to their pay, or even worse, that their children had been taken and placed in institutions.”