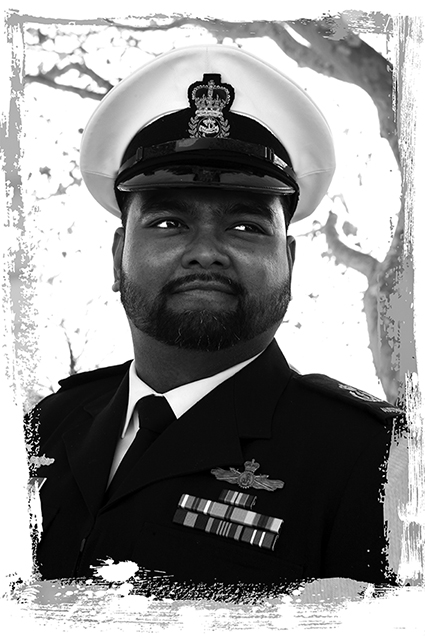 Chief Petty officer Zulkarnain Naim joined he Royal Australian Navy in April 1997 as an Aviation Technician Aircraft (Mechanical Stream). He is currently the Chef of Navy’s Strategic Advisor on Islamic Cultural Affairs Assistant, located in Canberra ACT. As an Aviation Technician Aircraft, he served in Her Majesties Australian (HMA) Ship Albatross, where he trained to become a qualified Aviation Technician at 816 Squadron. During his time there, he deployed in HMAS Darwin, Sydney, Melbourne, Parramatta, with Flights Four and Five. After gaining valuable embarked operations experience and progression through the ranks, he conducted consolidated training and gained his Aircraft Maintenance Charge Certificate and qualified as a responsible Engineering Officer at 816 Squadron. He was involved in many operational deployments during his time at sea, such as the Solomon Islands, South East Asia, Middle East, and the protection of our sovereign boarders of the north western region of the Indian Ocean. During Operation Slipper in 2010 while serving on HMAS Parramatta as a Petty Officer, he and his flight crew received a Fleet Commander Commendation for consistently providing an aviation capability during high operational tempo.