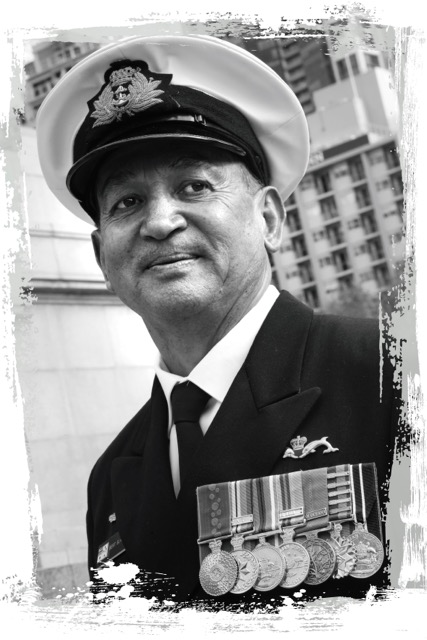 Lieutenant Commander Bertram Keith Slape, OAM, RAN was born in Adelaide, South Australia in 1954. He enlisted into the Royal Australian Navy as a General Entry Sailor (Marine Technical Propulsion Sailor) in 1972. After basic category training, he served on HMAS Melbourne before being posted to the United Kingdom to carry out Submarine training in Aug 1976. Lieutenant Commander Slape transferred to the Officer ranks in 1997 and served on HMAS Onslow and Otama as the Marine Engineer Officer, and HMAS Kanimbla and Manoora as the Engineering Officer.

In 1997 Lieutenant Commander Slape was awarded Medal of the Order of Australian (Military Division) for meritorious service and an Australia Day Medallion in 1996 for professionalism and commitment to the highest possible standard. During 2004, he deployed to Banda Aceh on HMAS Kanimbla as part of the international humanitarian response to the Indian Ocean Earthquake (magnitude 9.0) which killed 250,000 people in a single day over a devastating 75 minute period. He has also seen operational service in the Middle East. He is married to Anne-marie and they have 3 adult children, 1 of which graduated in the top 5% of UWS Medical students in 2014, Dana Slape.

‘It has been a great honour as a senior Aboriginal person, to serve my country in the Australian Defence Force. I hope to inspire other Aboriginal and Torres Strait Islander people to make a similar contribution.’