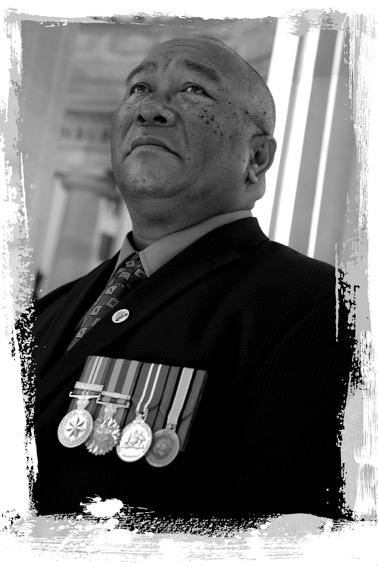 John Enchong started his military career in March 1980, following in the footsteps of his father John ‘Bunji’ Enchong (Senior), serving in the Royal Australian Infantry Corps. In 1987 he transferred to Medical Corps to become an Inspector Health, Preventative Medicine. During more than 20 years of service, he travelled across Australia and overseas, cooperated with allied Armed Forces – including the United Nations Assistance Mission in Rwanda (Operation TAMAR) in 1994, and achieved accolades for his leadership and sporting prowess. John retired from the Australian Army in 2000. He now provides voluntary assistance to current serving members and ex-serving members of the Australian Defence Forces and their families.

“It was my honour to follow in my father’s footsteps and serve my country. I am proud to be part of his legacy of service to our nation. I am also proud that others in my family have chosen to serve in the Australian Defence Forces.”