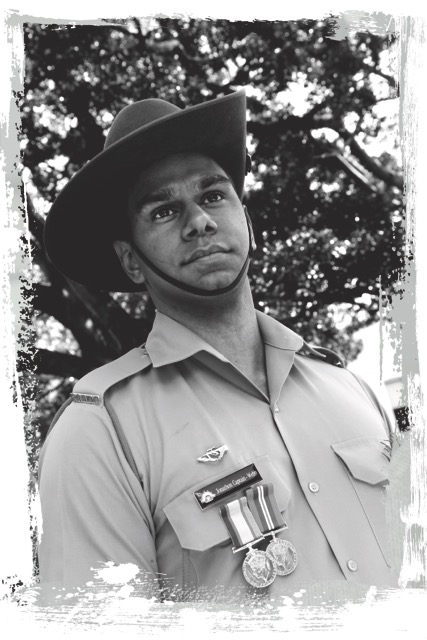 Jonathon Captain-Webb joined the Australian Army in January, 2013, and in the same year became one of only two Indigenous recruits to receive the award for Most Outstanding Soldier– an honour that recognises an individual for having ‘above average’ soldier qualities.
Captain Webb is hoping to follow in his grandfather’s footsteps, who served in World War II as a gunner at Nelson’s Bay. Each year Captain-Webb acknowledges his family’s contribution to Australia’s war history by walking in the Black Diggers March in Redfern.
He is will complete is Bachelor of Arts/Law at the University for New South Wales in 2016. Captain-Webb is a father of two children to his partner Danielle.

“During high-school when I was younger, I had endless potential but I never had the drive or the discipline to live up to that. So I think that’s one thing the army gave me is time management skills and to discipline myself to I can manage all my extra-curricular stuff and to be a dad on top.”