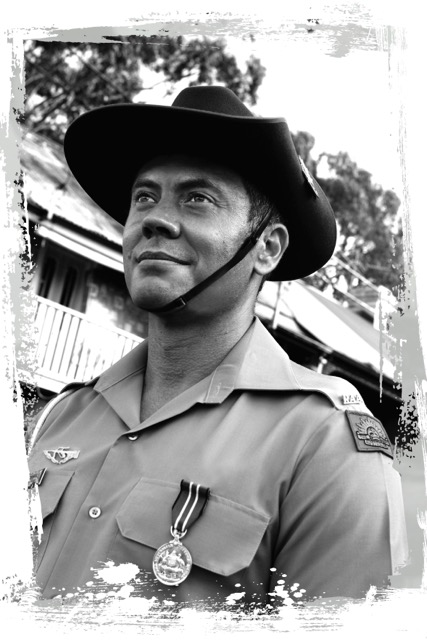 Ken enlisted at age 17 into the 113 Field Battery, Royal Australian Artillery (RAA) Corp where he served 8 years as a gunner gaining qualifications in Signalling and Artillery Guns. While serving with the RAA he took on extra duties with the Australian Defence Force Recruitment Unit. There he complete a 0055 Recruit Counsellors course and began what would be a three year stint in public engagement and the processing of applicants, with a focus on Aboriginal and Torres Strait Islander community engagement and recruitment. Each Anzac Day he marches in Redfern with the ‘Coloured Digger’ a commemoration of Aboriginal and Torres Strait Islander service men and women who have served for Australia.

“The army took ordinary young men and made us believe we could be extraordinary, it made men and leaders out of us.”