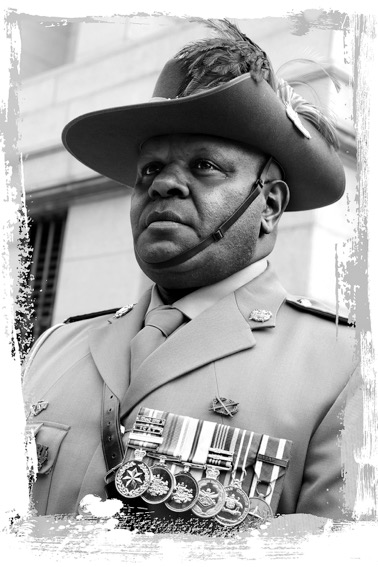 Warrant Officer Class One Ken Nelliman is a proud descendant of the Torres Straits Islands with his mother being from Murray Island in the east, and his father from Badu Island located in the western island groups. Warrant Officer Nelliman was born, raised and educated in Townsville until commencing a public service traineeship in Brisbane. He enlisted into the Australian Army in January 1987 and upon completion of his recruit training was allocated into the Royal Australian Armoured Corps as a driver signaller. Throughout his 28 years of service within the Australian Army, Warrant Officer Nelliman has served in many regimental and non-regimental postings. He has occupied many positions in rank from Trooper to Warrant Officer Class Two within Armoured regiments which include 2nd/14th Light Horse Regiment, B Squadron 3rd/4th Cavalry Regiment, 2nd Cavalry Regiment and the School of Armour in either the regimental or instructional role respectively. Warrant Officer Nelliman’s non-corps postings include the 1st Recruit Training Battalion as Recruit Instructor and the Combat Training Centre in both the Observer Trainer and Operations Warrant Officer positions. Warrant Officer Nelliman operational deployments include OP Solace in Somalia 1992 with B Squadron 3rd/4th Cavalry Regiment, which formed as a part of the 1st Battalion Group as an armoured crew commander. His next two deployments were both as a Squadron Sergeant Major with Over-watch Battlegroup West – Two in Southern Iraq on OP Catalyst in 2006 and later in 2008 during OP Slipper in Tarin Kowt, Afghanistan. In January 2014, Warrant Officer Nelliman was posted into Defence Force Recruiting as the Team Leader for Specialist Recruitment Team – Indigenous where he currently serves now. This team was established to raise and promote the awareness of careers within the Australian Defence Force and mentoring young indigenous men and women through the recruiting process which has been successful since its’ inception. Warrant Officer Nelliman enjoys all sports, in particular both Rugby League and Rugby Union. He is currently the team manager for both the Australian Defence Force and Australian Army Indigenous Rugby League Teams.

“Personally I find it rewarding to be able to put the uniform on and carry on the traditions of all those who served and sacrificed before me. In particular, my Grandfathers who served in the Torres Strait Light Infantry Battalion.”