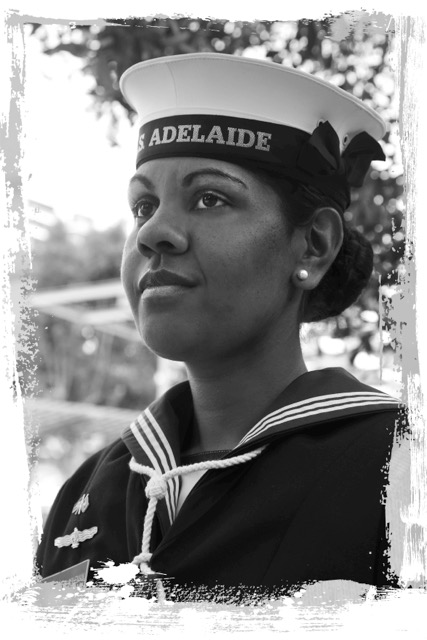 Kaylin Coleman grew up in Kalgoorlie and also, for a while, lived in Coolgardie.  She attended Kalgoorlie Primary School, Kalgoorlie-Boulder (Community) High School and then the Eastern Goldfields College. Kaylin is the first Aboriginal woman from the Goldfields to enlist in the navy.  She was drawn to the navy as it offered her an opportunity to travel.  Kaylin enlisted and began the recruitment process at the HMAS Cerberus Navy Recruit School in New South Wales.  After enlisting, Kaylin spent three years on the HMAS Adelaide where she worked as part of the Sea, Fire and Emergency Rescue Party.  In 2017, she joined 200 sailors, of which she was the only Aboriginal woman, on the HMAS Waramunga in role of Boatswain’s Mate.  Kaylin was deployed to the Middle East as part of the Combined Task Force in Operation MANITOU.

“Being able to serve my country, protect my friends and family, and be a role model to youth, especially Indigenous youth, is something that motivates me daily”