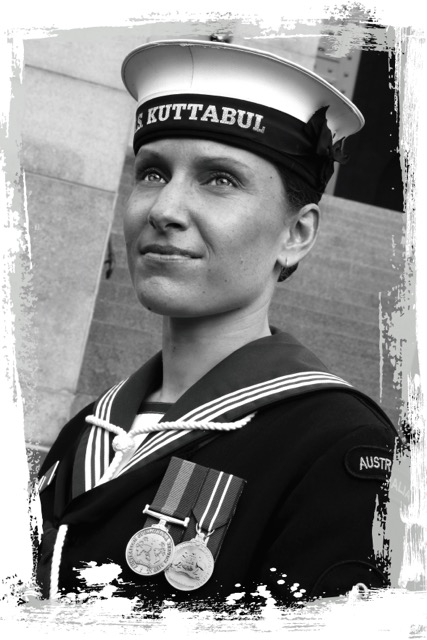 In 2004 at the age of 17, Lateika decided to make the decision to follow in her family’s footsteps and join the Australian Defence Force (ADF). Lateika joined the Navy as a Communications and Information System Sailor, conducting her training at HMAS Cerberus, Crib Point, Victoria. During her training, Lateika learnt about HF, UHF, VHF and satellite communications, Morse code, flashing light and flag signalling. Lateika consolidated her training at DEFCOMMSTA Sydney and then on board HMAS Melbourne. In 2008 she went back to HMAS Cerberus to conduct her intermediate course before getting promoted in 2009. Lateika was then posted onto HMAS Ballarat and then to HMAS Cairns to gain further experience on small boats. She spent some time at DEFCOMMSTA Cairns before being posted onto HS Red Crew that served on HMAS Leeuwin and HMAS Melville.

Lateika then volunteered to be posted to Defence Force Recruiting in Parramatta, where she has been working for the past 2½ years as a Careers Counsellor and as part of the Careers Promotion Team, attending school presentations, careers expos, open days and information sessions. During her time at Recruiting, Lateika has also had the opportunity to work closely with the NRL School to Work program (S2W), Indigenous Pre Recruitment Course (IPRC), Aboriginal and Torres Strait Islander specific career expos, conferences and has been trained an as Aboriginal and Torres Strait Islander Liaison Officer.

To serve is to be part of a proud tradition that connects you to the past and the future.