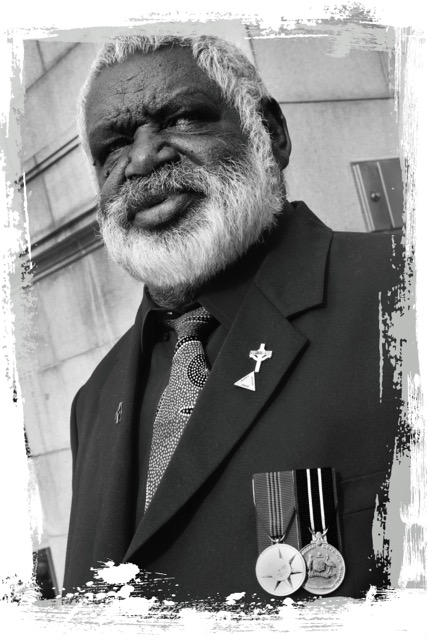 Trevor Wilson is a proud Gumbaynggirr man. The youngest of 8 children, he was born in 1952 in Casino, Northern NSW. At 20 years of age, Trevor enlisted in the Australian Army Reserve – he first served as a Gunner in the 2nd Battalion Royal NSW Regiment and completed his services as a Lance Corporal in the 177 Air Squadron at Richmond.

Trevor returned to Northern NSW and has served his local community in numerous ways. In 1997, he was one of the founding members of the Yandaarra Aboriginal Consultative Committee which gave a voice to the local Aboriginal population and provides a formal communication channel between traditional Aboriginal communities and Coffs Harbour City Council. Trevor was instrumental in lobbying to establish the Aboriginal Community Development Officer role at Coffs Harbour Council and establishing and expanding the Coffs Harbour NAIDOC Week event.

In Trevor’s role as a Lifesaver with the NSW Surf LIfeSaving, he has risked his own life to save the lives of over people whose lives were in danger in the surf. Trevor is also active in other community groups including the local RSL Club, the Local Land Council and the local Community Transport organisation.

‘I feel very proud to have served my country and it was in fact an honour. I learnt new skills and self-discipline and met a great group of people.’